Thank you to all who attended this year's virtual event on Saturday, October 24, 2020.
We look forward to seeing you again in 2021.

As a community, we recognize that health and well-being are both a gift and a responsibility. This becomes evident when either is threatened by a serious illness or loss. It is then we realize that end-of-life decisions and living with loss can be overwhelming and a very difficult time for families. As well, we understand that cultural differences, traditions and family history can impact an individual and the family’s ability to embrace end-of-life care, goals-of-care decision making, grief support and legacy planning. We see evidence every day that making decisions during a health crisis adds significantly to the confusion and burden experienced by patients and their families.

We believe that education for our community prior to a health crisis can empower and change the way families experience advanced illness and end of life, as well as recover from the loss of a loved one whether that loss be from illness or trauma.

In an effort to overcome these trying circumstances and prepare members of our community for these universal experiences, we are hosting a healthcare symposium that will address topics in two unique educational tracks as well as provide opening and closing speakers relevant to our overall goal. We will strive to educate, inform and empower the community to make informed, patient-centric decisions regarding end of life and the loss of loved ones. 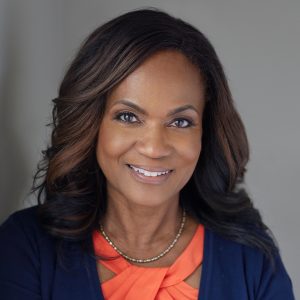 Gloria Thomas Anderson, Ph.D., LMSW is an Assistant Professor in the School of Social Work at North Carolina State University, in the College of Humanities and Social Sciences. She holds an interdisciplinary doctorate degree in Curriculum and Instruction and Educational Leadership, Policy, and Foundations and a Master’s degree in Social Work, both from the University of Missouri in Kansas City. She earned her Bachelor’s degree in Business Administration from Dallas Baptist University. Gloria’s research focuses on cultural responsiveness in urban-based social work, healthcare equity at end-of-life, and spirituality in the workplace. Gloria has written several peer-reviewed journal articles on spirituality in social work and two book chapters in peer-reviewed publications to include: The Palgrave Handbook of Workplace Spirituality (2018) and the award-winning book, Womanish Black Girls: Women Resisting the Contradictions of Silence and Voice (2019). She is the author of The African-American Spiritual and Ethical Guide to End-of-Life Care: What Y’all Gon’ Do With Me?—a culturally-sensitive book written for people of color as a helpful resource to navigate healthcare decision-making options. Her work was cited in the 2015 Institute of Medicine Dying in America Report and is listed as an end-of-life resource by the CDC. She has presented at numerous professional conferences, most recently co-presenting in the virtual Association of Oncology Social Work conference in August 2020. Gloria has over 14 years of experience working with hospices, healthcare and non-profit organizations in advance care planning education outreach efforts to communities of color. She began her career by successfully leading the CARE collaborative initiative funded through the Health Care Foundation of Greater Kansas City, where she developed a population-based training process and cultural competency curricula for mental health and social service professionals. In 2016, she developed curriculum materials and facilitated as a train-the-trainer for the National African-American Advance Care Planning Initiative (AA-ACP), a collaborative project with The Center for Practical Bioethics and VITAS Healthcare, funded by the John and Wauna Harman Foundation. She remains an active member of the AA-ACP Network and recently participated in multiple pandemic-related webinars through The Center for Practical Bioethics’ COVID Ethics Update series, where she spoke about factors contributing to the disproportionate number of Blacks who are dying from COVID-19 and other relevant issues within the African-American population. Gloria is a member of the Social Work Hospice and Palliative Care Network and actively serves on the Interfaith and Diversity Workgroup for the Coalition to Transform Advance Care (C-TAC), a national non-partisan organization that addresses disparities at end-of-life. 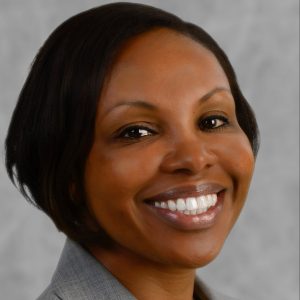 Karen Bullock, Ph.D., LCSW,is Professor and Assistant Dean of the School of Social Work at North Carolina State University, in the College of Humanities and Social Sciences. She earned her Ph.D. in Sociology and Social Work from Boston University, her master’s degree in Social Work, from Columbia University, and her Bachelor of Social Work degree from North Carolina State. She is Affiliate Faculty at the Center for Health, Intervention, and Prevention at the University of Connecticut. Dr. Bullock has more than 20 years of clinical practice experience in mental health and aging, with interests and expertise in health care disparities and end-of-life care issues. She is a John A. Hartford Faculty Scholar and serves on several national boards and committees, including Social Work Hospice and Palliative Care Network, the American Cancer Society Oncology Social Work Research Peer Review Committee, and is current Chair of the NASW Mental Health Section Committee. Dr. Bullock's research focuses on cancer care and social support for older adults with non-curable illnesses. Her article, “The Influence of Culture on End-of-Life Decision Making,” won the 2012 Best Article Award by the Routledge Journal of Social Work in End-of-Life & Palliative Care. She has been a leading force in advancing social work practice, education, and training in gerontology, mental health, palliative, and end-of-life care. Dr. Bullock has published and presented nationally and internationally on these topics. She was a Visiting Scholar at the Mailman School of Public Health at Columbia University and previously held appointments at the Institute of Living/Hartford Hospital, the University of Connecticut, Salem State College, Smith College, and University of North Carolina-Wilmington. 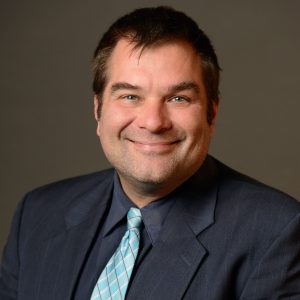 Eric Bush, MD, RPh, MBA is the Chief Medical Officer at Hospice of the Chesapeake. Dr. Eric Bush, a board certified Hospice and Palliative Medicine physician, joined Hospice of the Chesapeake team in September of 2016 as Chief Medical Officer. In this role, Dr. Bush provides strategic and leadership direction to the medical staff which includes Physicians and Nurse Practitioners. As a member of the executive leadership team, he will also share in the responsibility of implementing strategic direction and effecting cultural change within the Hospice of the Chesapeake team. Having served first as a Licensed Practical Nurse in the U.S. Army Reserve, a Pharmacist and then a Physician in the Baltimore and Washington corridor, Dr. Bush brings a unique perspective to Hospice of the Chesapeake. Dr. Bush earned a Bachelor of Science in Pharmacy, a Master in Business Administration, and his Medical Degree all from State University of New York in Buffalo, New York. 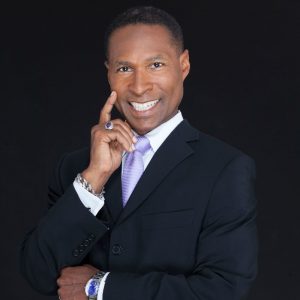 Rev. Dr. Henry P. Davis III, has been preaching the Gospel of Jesus Christ since 1982, having been licensed and ordained at the St. Paul Baptist Church of Atlantic Highlands, New Jersey, under the pastoral leadership of his father, Dr. Henry P. Davis, Jr. His preaching is relevant, challenging, and inspirational. In 2000, Rev. Davis was called to pastor the First Baptist Church of Highland Park in Landover, Maryland. Dr. Davis formerly pastored the Second Canaan Baptist Church in Harlem, New York (1993-2000), and the Community Baptist Church in Lakehurst, New Jersey (1988-1993). Pastor Davis, a native of Wichita Falls, Texas, studied at Oral Roberts University, (Tulsa, Oklahoma) later graduated from Norfolk State University, (Norfolk, Virginia) with a B.A. in English; Fairleigh Dickinson University (New Jersey) with a Master of Public Administration; New Brunswick Theological Seminary (New Jersey) with a Master of Divinity (M.DIV.); and United Theological Seminary (Dayton, Ohio) with a Doctor of Ministry (D.Min.). Rev. Davis has been the recipient of numerous awards and citations, including being inducted into the Martin Luther King Jr. Board of Preachers at Morehouse College of Atlanta, Georgia in 2007. Rev. Davis leads a “Bible Believing, Christ Centered & Spirit Led Congregation” with an active membership of over 3,000 Disciples who are engaged in Kingdom Building through more than 80 ministries. He can be heard every Sunday at 6:30 a.m., (www.wpgc.com) EST and Saturday at 7:30 a.m. EST on Praise 104.1 FM (www.praisedc.com), and live streaming of worship services are available through www.fbhp.org and www.streamingfaith.com. On-demand worship services can also be accessed from www.LightSource.com and Streaming Faith On-Demand. Dr. Davis and his wife Weptanomah have one daughter and one son. 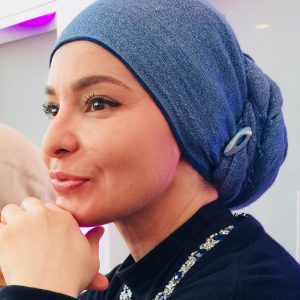 Nadia Hassan, MBA is known amongst her peers as a Social Strategist for young people. Nadia is the Founder and Executive Director of Young Leaders Institute, a youth leadership platform and network connector that empowers youth toward social entrepreneurship and social innovation. Nadia has an MBA from Bentley University, where she did her thesis in Islamic Finance and Sustainable Economics. In 2011, Nadia founded the Villa Park Peace Coalition to counteract the hate and anti-Muslim bigotry coming from the right-wing Republican Tea Party. Nadia’s political activism gained her media attention with numerous media outlets, such as C-SPAN, CNN, USA Today, Al-Jazeerah, Washington Post- as well as many others. Nadia is currently a media contributor with several media networks and speaks about the importance and role of youth in our society. As a social justice advocate, Nadia uses her national platform to fervently speak out against the systemic racism and religious intolerance that is currently plaguing our communal and political spheres. At the 2018 National DC Women’s March, Nadia stood on the international stage and delivered a powerful message about the Islam and the Qur’an in front of a half a million people. Nadia is also a Community Organizer within the Democratic Party and she uses her platform to help young people become more involved in politics and our government. In 2018, Nadia was appointed by Governor Larry Hogan- as a Commissioner- to the Maryland Commission on African and Middle Eastern American Affairs. 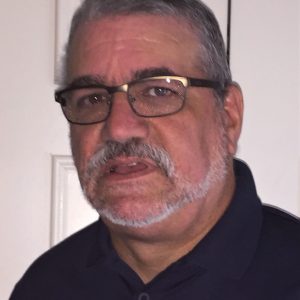 Rabbi Steve Weisman has served as the spiritual leader of Temple Solel of Bowie since August 2000. He was ordained in 1991 by the Hebrew Union College – Jewish Institute of Religion’s New York School, and previously served congregations in Fredericksburg, Virginia, and Fairfield County, Connecticut. Rabbi Weisman made his reputation in smaller congregations, in which the rabbi is called upon to respond to a broad range of congregant and community needs. He served as President of the Fredericksburg Area Ministerial Association and has a strong background in interfaith and community work, including his work as a volunteer pastor at Mary Washington Hospital and Hospice of the Rappahannock. His work in Fredericksburg and his own family experience with hospice have informed his support of congregants dealing with end-of-life issues. He has been recognized for his youth and camp work, and for his social action activities, by the Union of Reform Congregations, the umbrella organization of Reform Judaism in North America.